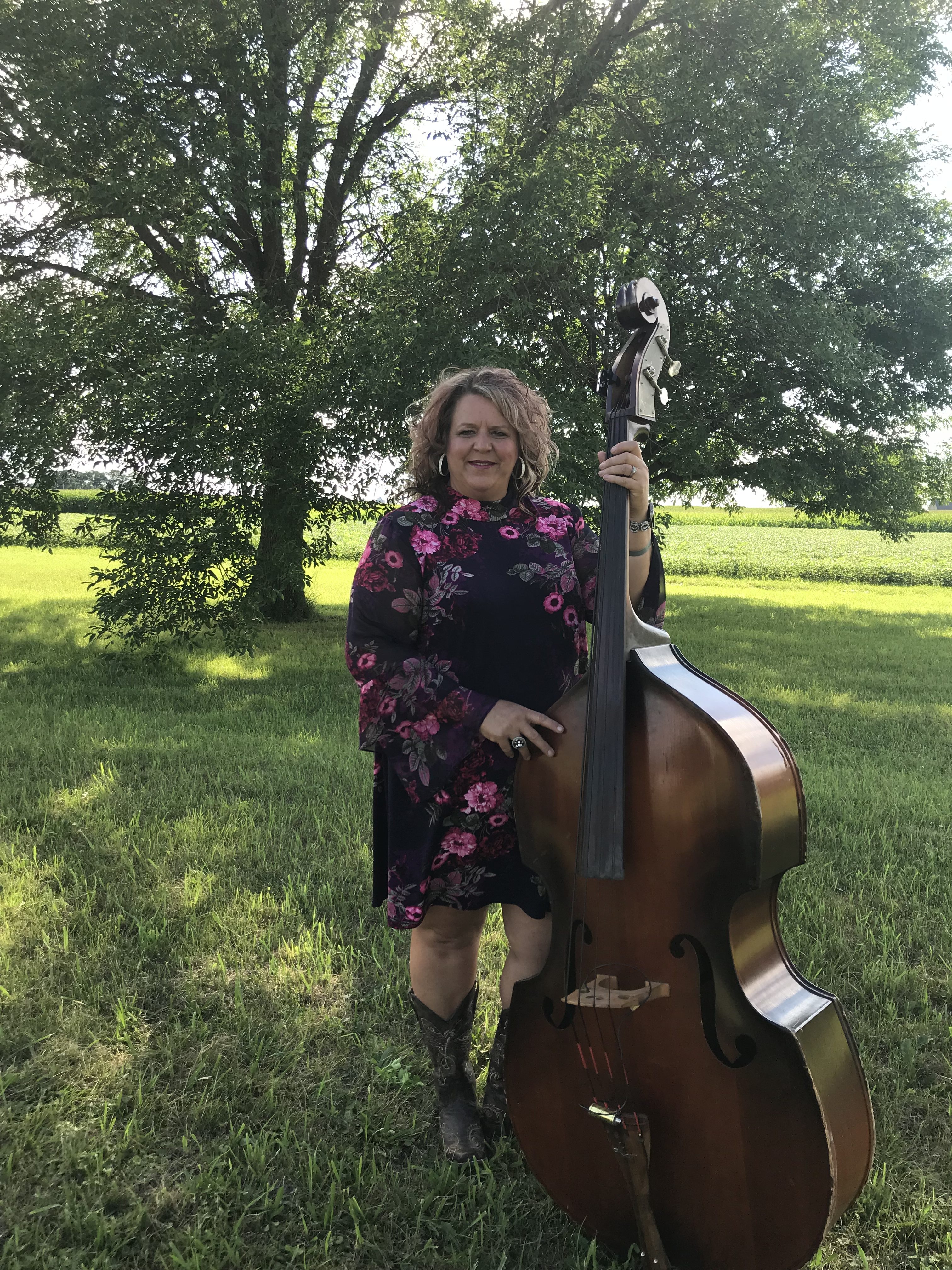 Lori started her music career in 1993 and began performing and singing with the group Bluegrass Addiction in 1999.  Lori was introduced to bluegrass music by her husband Joe and began playing bass in 1994.  After 5 years of playing and singing at local music festivals and jams she joined the group and became a driving force behind the band.
Awards include the 2015 Midwest SPBGMA Bass Fiddle Player and Traditional Female Vocalist of the Year, and 2016 Female Vocalist.  Her powerhouse vocals mixed with her tone and style on her 1967 Kay upright bass provides the solid foundation for the band.  Lori had a vision for this group and in 2014 they began taking bluegrass in the Midwest by storm!!
Lori is the co-founder and Executive Director for the Bluegrass Music Association of Iowa.  Her passion for bluegrass music shows on stage and off. 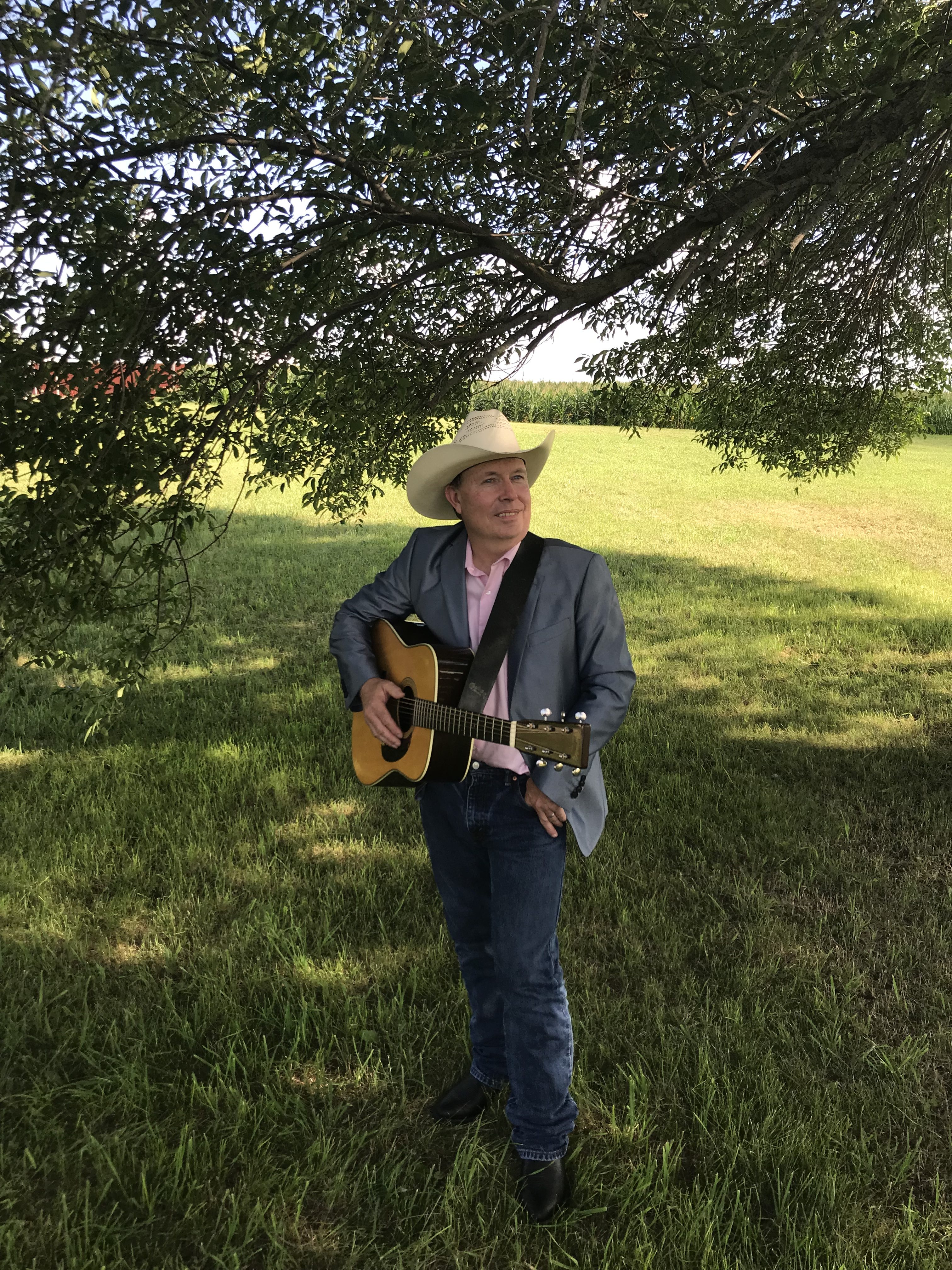 Joe began playing guitar as a young boy and was an original member of Bluegrass Addiction in 1991 when the group was formed. Joe is an accomplished guitar player, vocalist, and songwriter.  Songs written include: Soap Crick and “Thinkin Bout You” which were featured in the Independent films- A Lawyer Walks Into a Bar and Out Late respectively.
His impeccable timing, rhythm, and stylish flatpicking on his Dan Tyminski Model Martin D-28 guitar has earned him many accolades from fans and musicians alike. Joe was named the 2017 SPBGMA Midwest and BMAI Guitar Player of the Year, as well as been nominated for the 2015 & 2016 Guitar Player and Male Vocalist of the Year at the SPBGMA Midwest Awards Convention. He was also nominated as Songwriter and Entertainer of the Year in 2016..
Joe is a teacher associate for the Davis County School District and gives guitar lessons.  He enjoys his time off to perform and play bluegrass and country music with the bands. 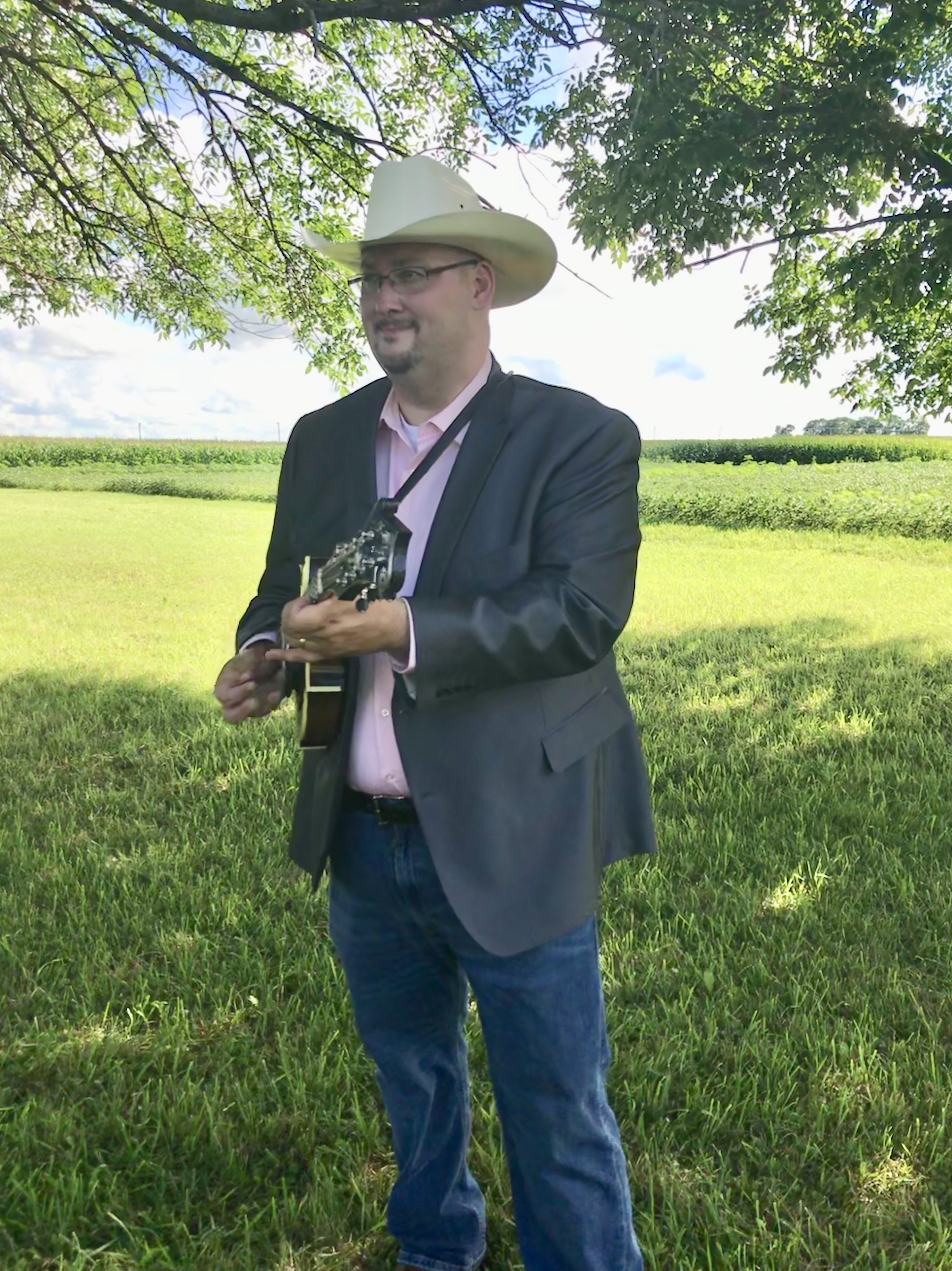 Kevin is an award winning multi-instrumentalist who moved to Ashland, Mo from Kentucky.  Lori and Joe met Kevin at the SPBGMA Midwest Convention in 2014 and discussed him joining the band.
Kevin plays mandolin with the band but is an incredible guitar player, bass player, and even plays banjo.  He can sing all the vocal parts and we are blessed to have him in the group.  Kevin is also a songwriter and we recently recorded two of his songs on our CD Grandpas Old Guitar.
Kevin resides in Ashland with his wife and children and is the Pastor of the Heartland Baptist Church.
Kevin was awarded the 2017 & 2018 SPBGMA Midwest and 2017 & 2018 BMAI Mandolin Player of the year.  He received a nomination for 2016 SPBGMA Midwest mandolin player of the year. 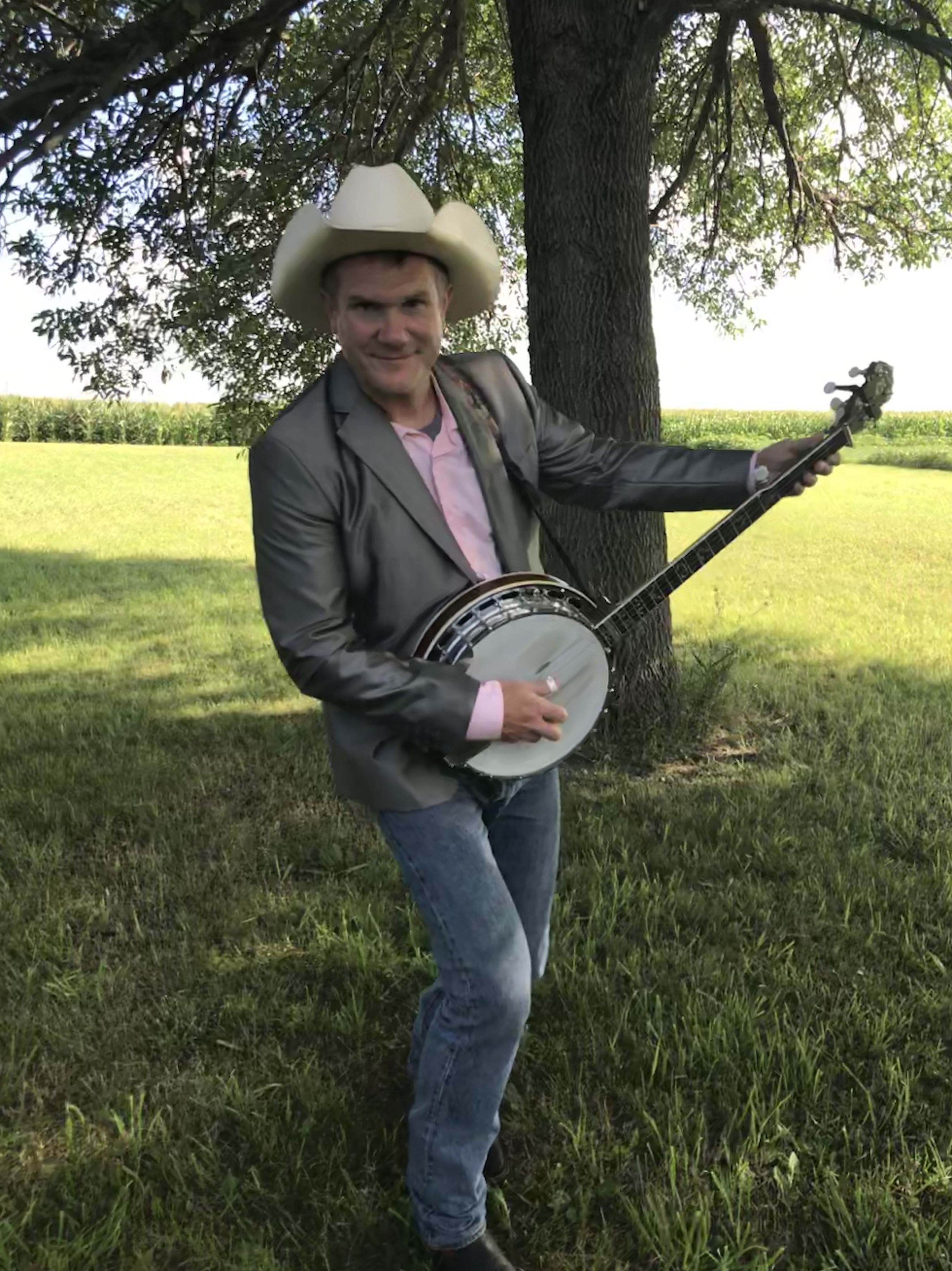 Mark joined Lori King and Junction 63 in 2015.  Mark began playing guitar while growing up in Nebraska and transitioned to five string banjo under the tutelage of the great Nebraska bluegrass musician Steve Hanson.
Mark moved to Texas for school and spent several years playing banjo and finger-style guitar in regionally active bluegrass groups centered around Houston.
Since moving to Iowa in 1998, he has played locally on Banjo, mandolin, and fiddle with groups including Harvest Home, Southern Reign, Mr. Babors Neighbors, and the Bluegrass Pals.  He enjoys traditional bluegrass, old country music, and loves to sing whatever harmony part is needed.
Mark was awarded the 2019 SPBGMA Midwest Banjo Player of the Year.  Other accolades include  2016 & 2017 SPBGMA Midwest Banjo Player of the year nominations, and 2016, 2017, & 2018 BMAI Banjo player of the year. 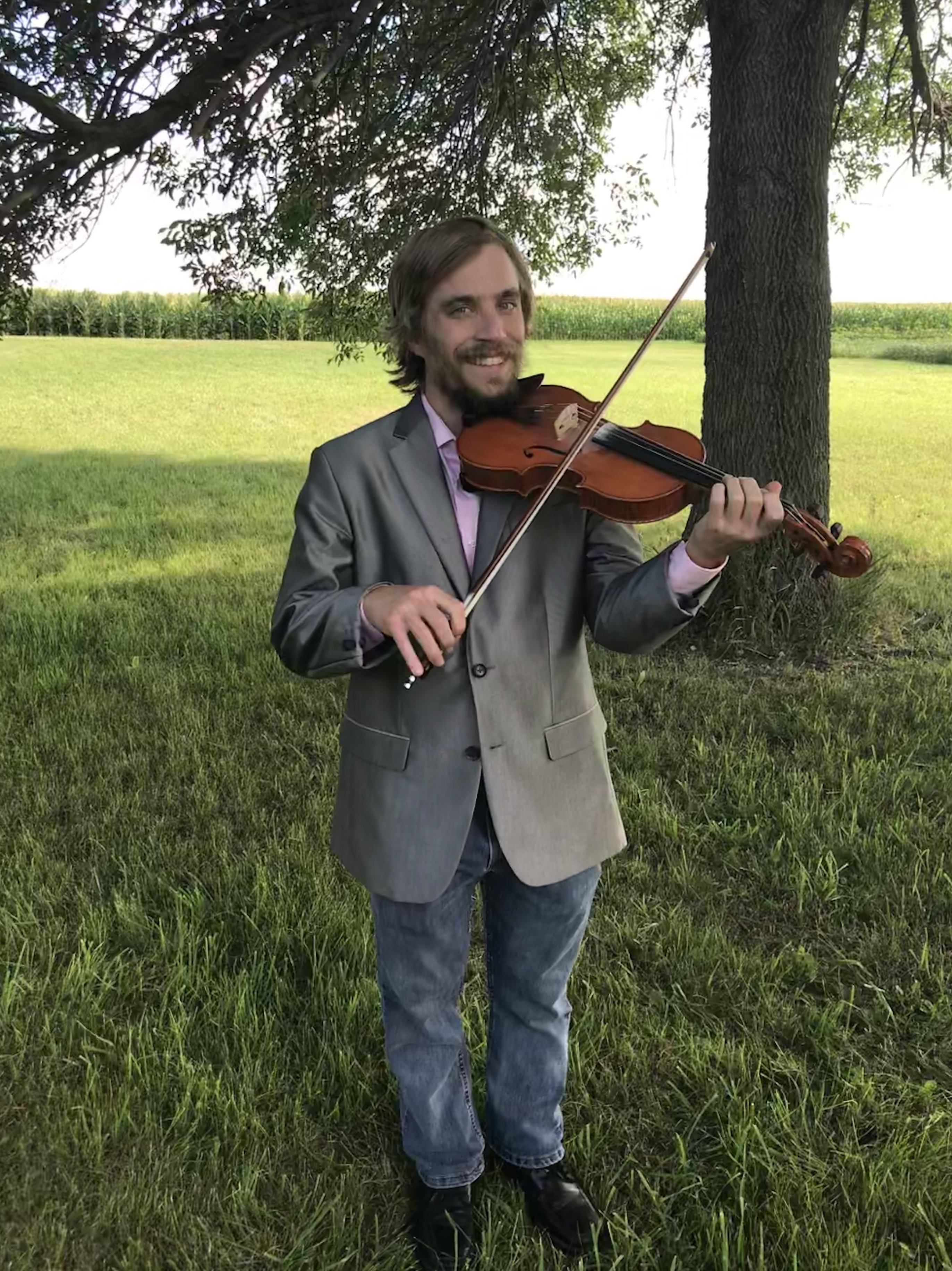 Kyle is a multi-instrumentalist that joined Lori King and Junction 63 in 2017.  Kyle began playing bluegrass with his family growing up in California.
After high school Kyle moved to Tennessee and attended college at East Tennessee State University where he joined Jeff Brown & Still Lonesome band.  He toured with Jeff for three years.
Kyle moved to Ames in August 2017 and is working on obtaining his PH D in Math.