Women in bluegrass music form a sisterhood. Our numbers are smaller than our talented brothers, but we bring a different sound and style to win the hearts of fans.

Lori King is proud to be part of this amazing group of women and, hopefully, a source of inspiration for others to also pursue their talent.

Lori and her husband, Joe King, were previously part of Bluegrass Addiction prior to forming their award-winning band, Lori King and Junction 63. Located in the upper Midwest, the King’s debuted their band at the Bluegrass Music Association of Iowa 2nd Annual Des Moines Area Festival in February 2014. The band is well known for their traditional sounds and hard driving instrumentals, paired with midwestern determination and grit.

Over the last eight years, the band has loved every festival performance, special event and the opportunity to create and release three albums (and working on the next one!) Founding singer-bassist, Lori King describes how her
bandmates showcase their personality along with their talent in each performance.

The band is comprised of songwriters, arrangers, and multi-instrumentalists which gives them a wealth of originals to choose from: hard-driving numbers, heartwarming gospels, sing-along country grass, and the unexpected contemporary bluegrass compositions alike. Lori believes that she and Junction 63 have forged a strong connection with their audience by being authentic on and off stage and that is a true testament to being the best bluegrass band in the Midwest!

”Joe’s guitar and lead vocals are a direct extension of his personality, he becomes part of each song. Kevin Amburgey’s rhythmic chop, perfect leads, and tight harmonies are second to none and really round out the band. As for me, I do what I do best and lead the effort onstage and off. 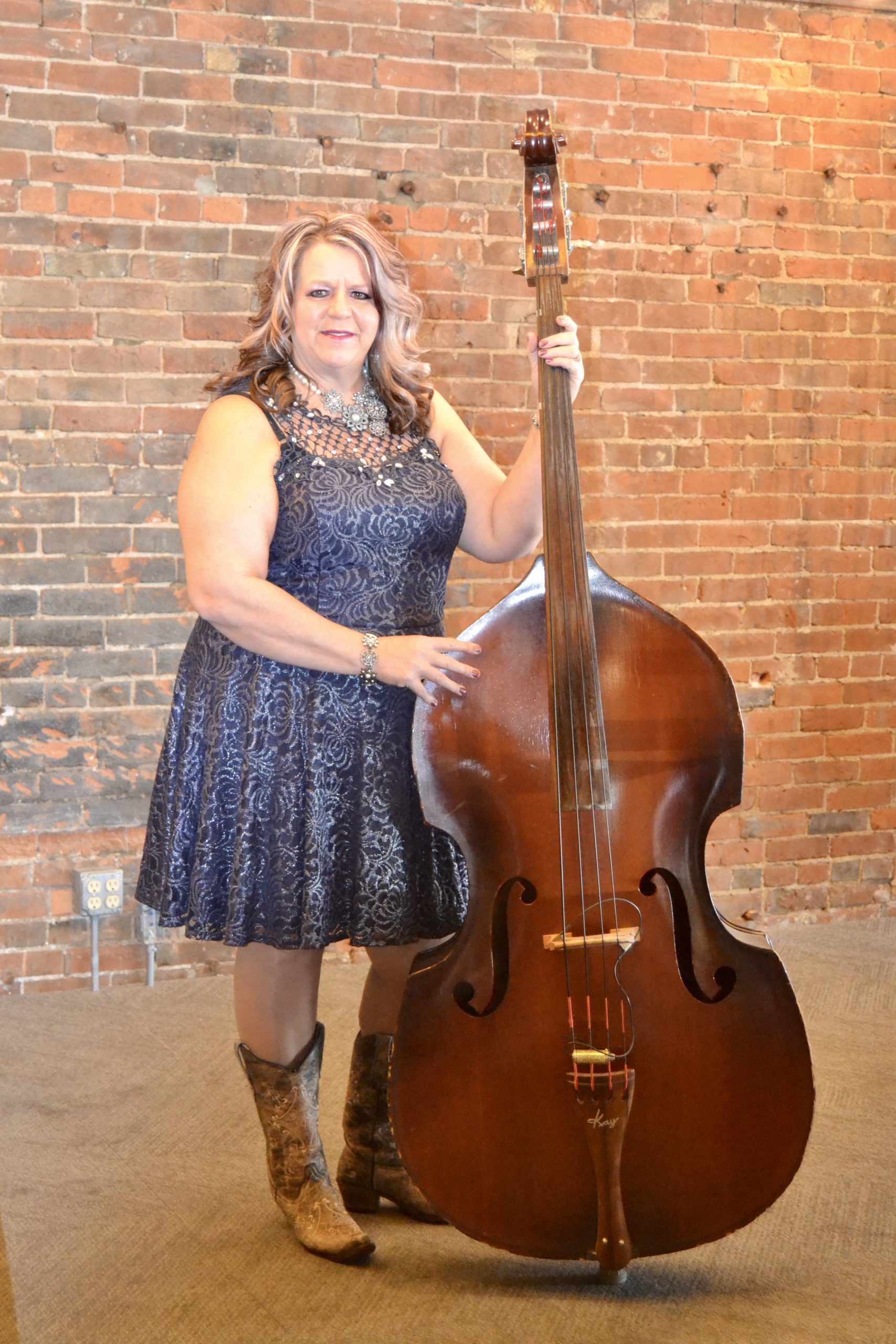 Lori started her music career in 1993 and began performing and singing with the group Bluegrass Addiction in 1999. Lori was introduced to bluegrass music by her husband Joe and began playing bass in 1994. After five years of playing and singing at local music festivals and jams, she joined the group and became a driving force behind the band.

Her awards include the 2015 Midwest SPBGMA Bass Fiddle Player and Traditional Female Vocalist of the Year and 2016 Female Vocalist.  Her powerhouse vocals mixed with her tone and style on her 1967 Kay Upright bass provides a solid foundation for the band. Lori had a vision for this group and, in 2014, they began taking bluegrass in the Midwest by storm!

Lori is the founder and director for Lori King Productions. Her passion for bluegrass music shows on stage and off. 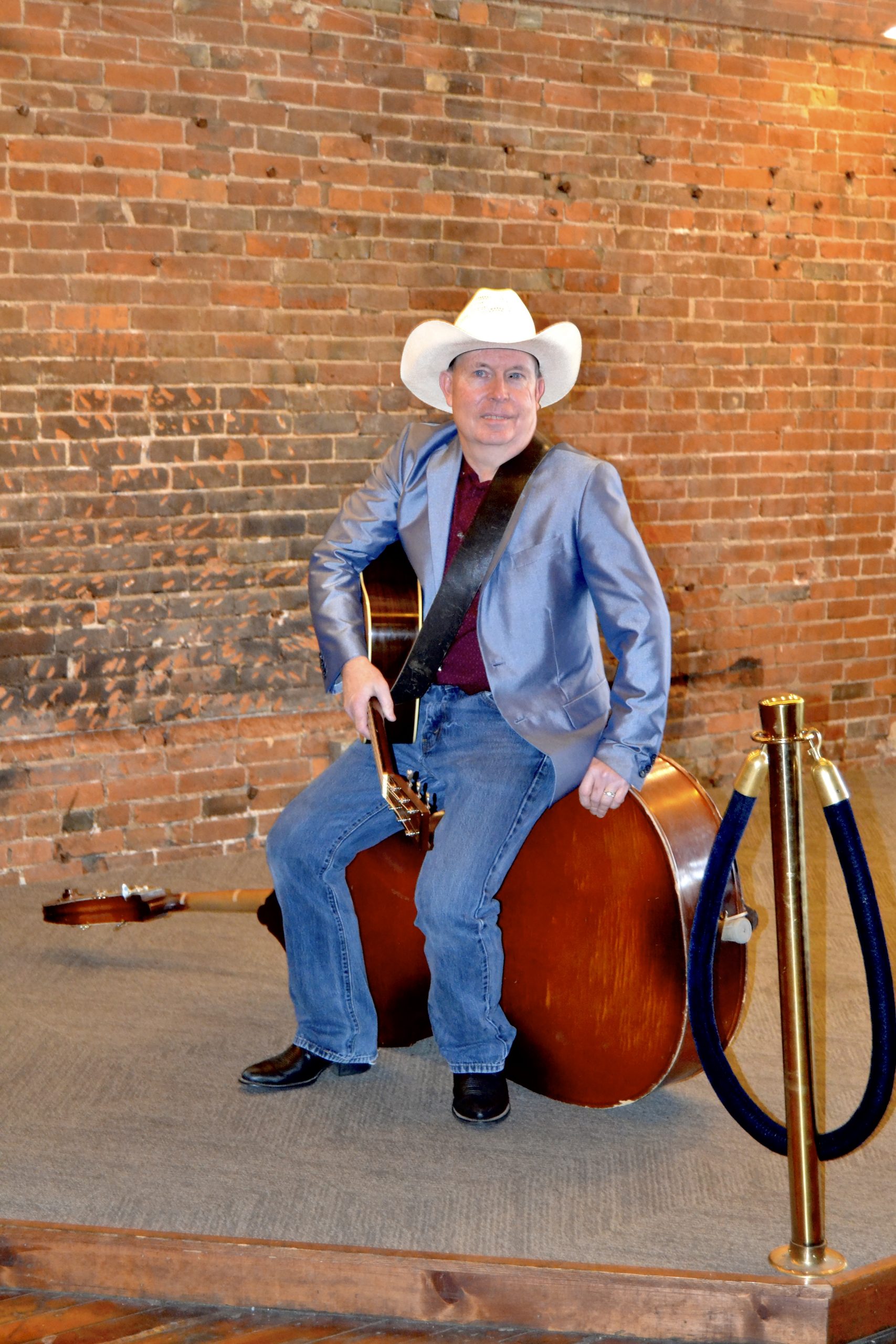 Joe began playing guitar as a young boy and was an original member of Bluegrass Addiction in 1991 when the group was formed. Joe is an accomplished guitar player, vocalist, and songwriter. Songs he’s written include “Soap Crick” and “Thinkin Bout You” which were featured in the independent films “A Lawyer Walks Into a Bar” and “Out Late” respectively.

His impeccable timing, rhythm, and stylish flatpicking on his Dan Tyminski Model Martin D-28 guitar have earned him many accolades from fans and musicians alike.  Joe was most currently named the 2020 SPBGMA Midwest and 2019 BMAI Guitar Player of the Year, in addition to several other awards and nominations over the years.  He is the 2016 Iowa State Fair Guitar Champion and in the Iowa Bluegrass Hall of Fame.

When Joe is not performing or traveling he gives acoustic instrument lessons. He enjoys his time on the road performing bluegrass and country music with the bands. 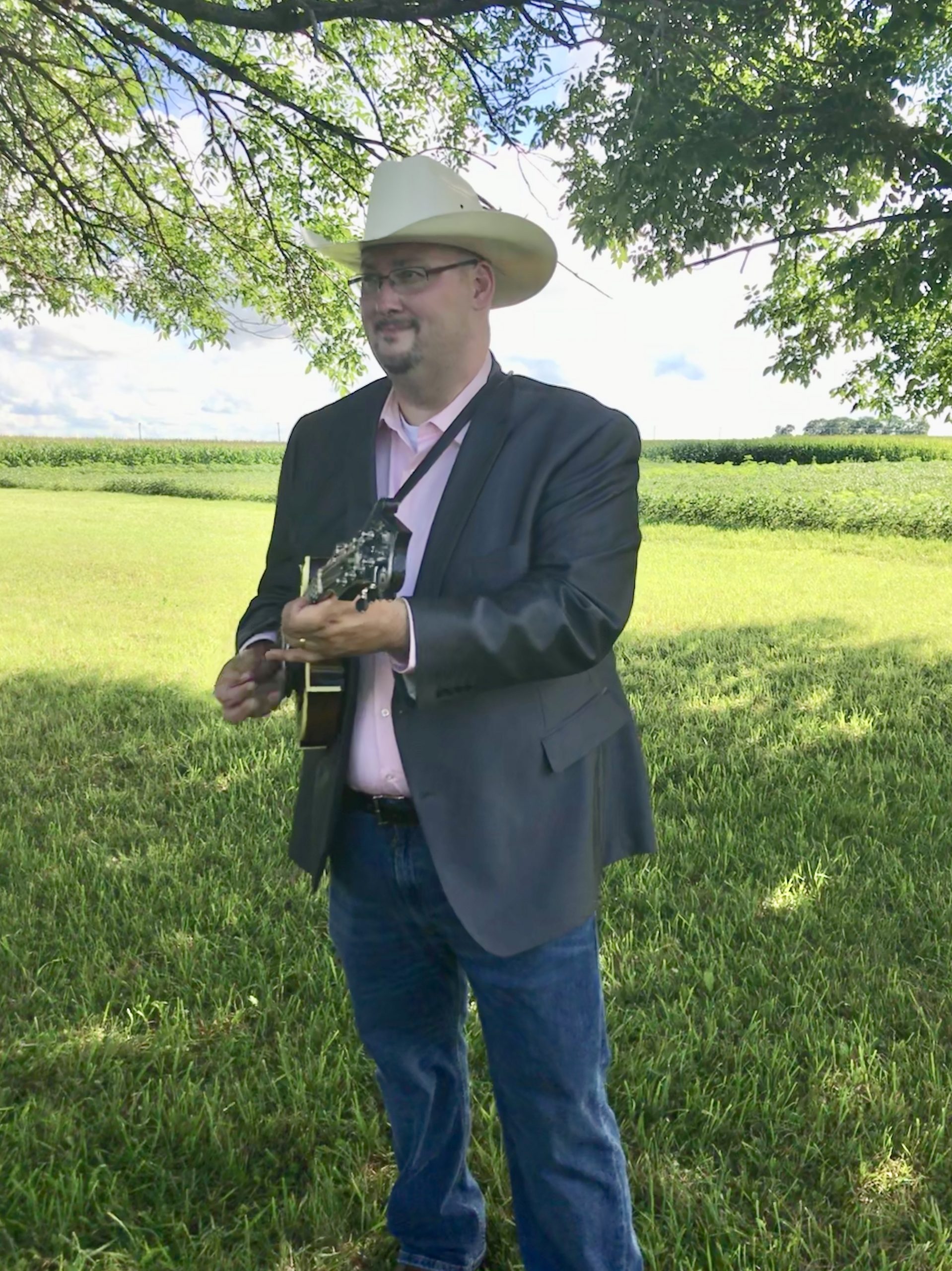 Kevin is an award-winning multi-instrumentalist who moved to Ashland, MO, from Kentucky.  Lori and Joe met Kevin at the SPBGMA Midwest Convention in 2014 which led to him joining the band.

Kevin plays mandolin with the band but is an incredible guitar player, bass player, and even banjo player. He can sing all our vocal parts, and we are blessed to have him in the group.  Kevin is also a songwriter, and several of his songs were recorded on our CD’s “Grandpas Old Guitar” and “Family Tree.”

Kevin resides in Ashland with his wife and children and is the pastor of Heartland Baptist Church. 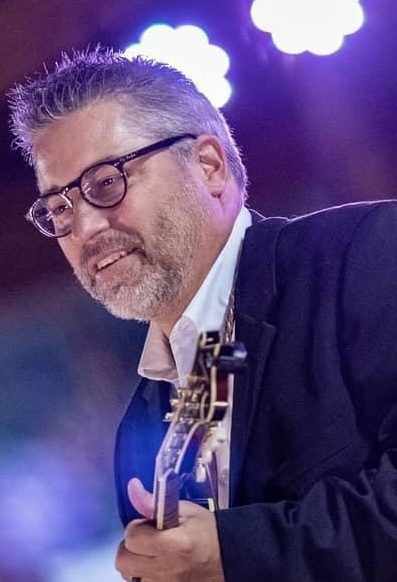 David is a multi-instrumentalist and joins the band on mandolin, fiddle, or guitar as needed.  His harmony vocals are superb and his energetic personality adds to a fun and entertaining performance.

David and his wife Julie live in Chesterfield, MO where he performs with several other bands in the St. Louis area when he isnt working in the IT business!  He will be performing with Junction 63 on tour as scheduling and time allows! 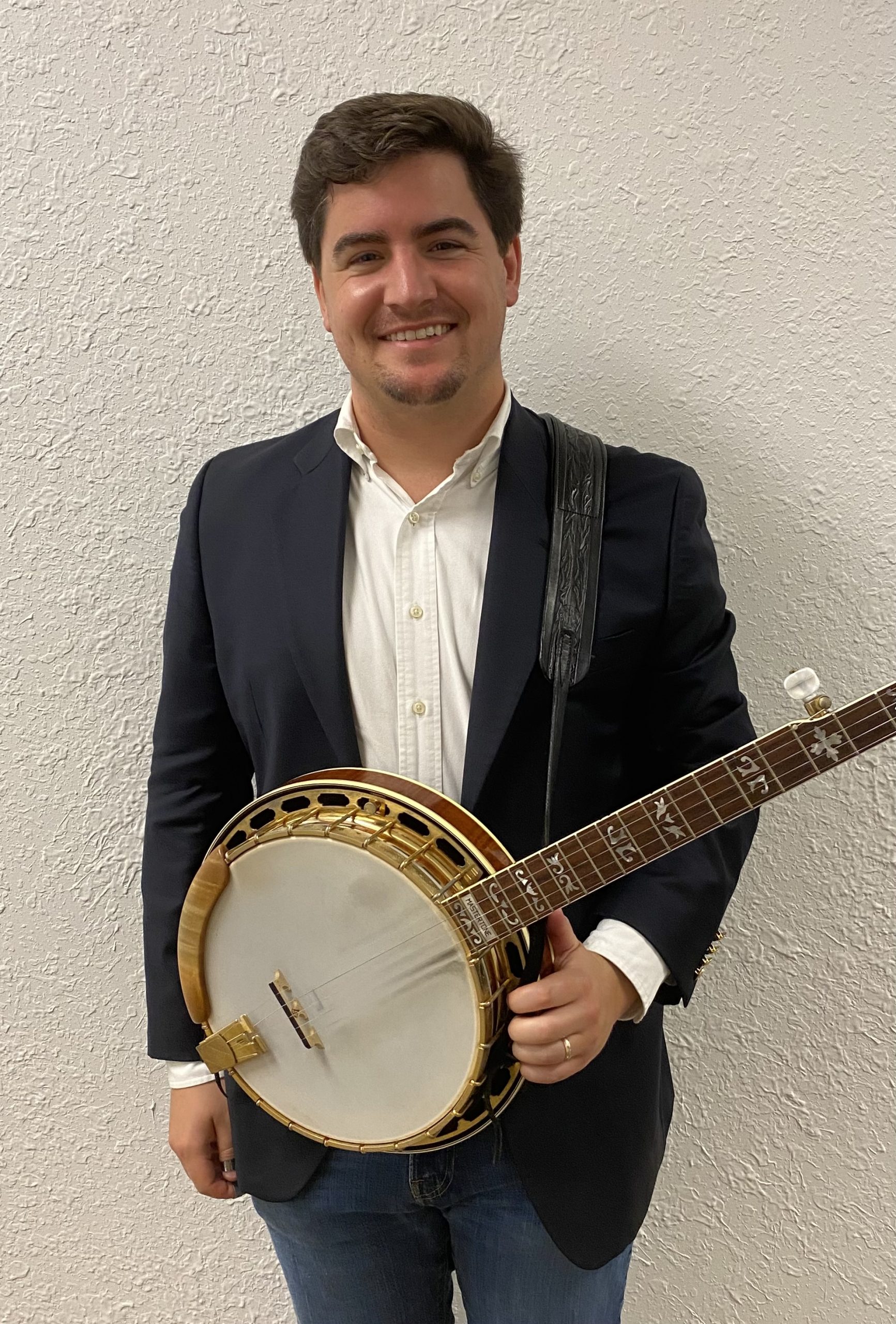 Alex is no stranger to bluegrass music and has been performing on stage since his teens.  He will be driving the Five for Junction 63 on various dates this season.  Alex has performed with several groups in the Midwest and continues to do so as often as his schedule permits!

Founder of Alex Riffle & the Stiff Riffs he can still be seen performing with that group, as well as Riverbend Bluegrass, and other various configurations around St. Louis and Southern Missouri.

Alex makes his home in Poplar Bluff, Mo with his wife Fathom and is employed in the insurance industry.